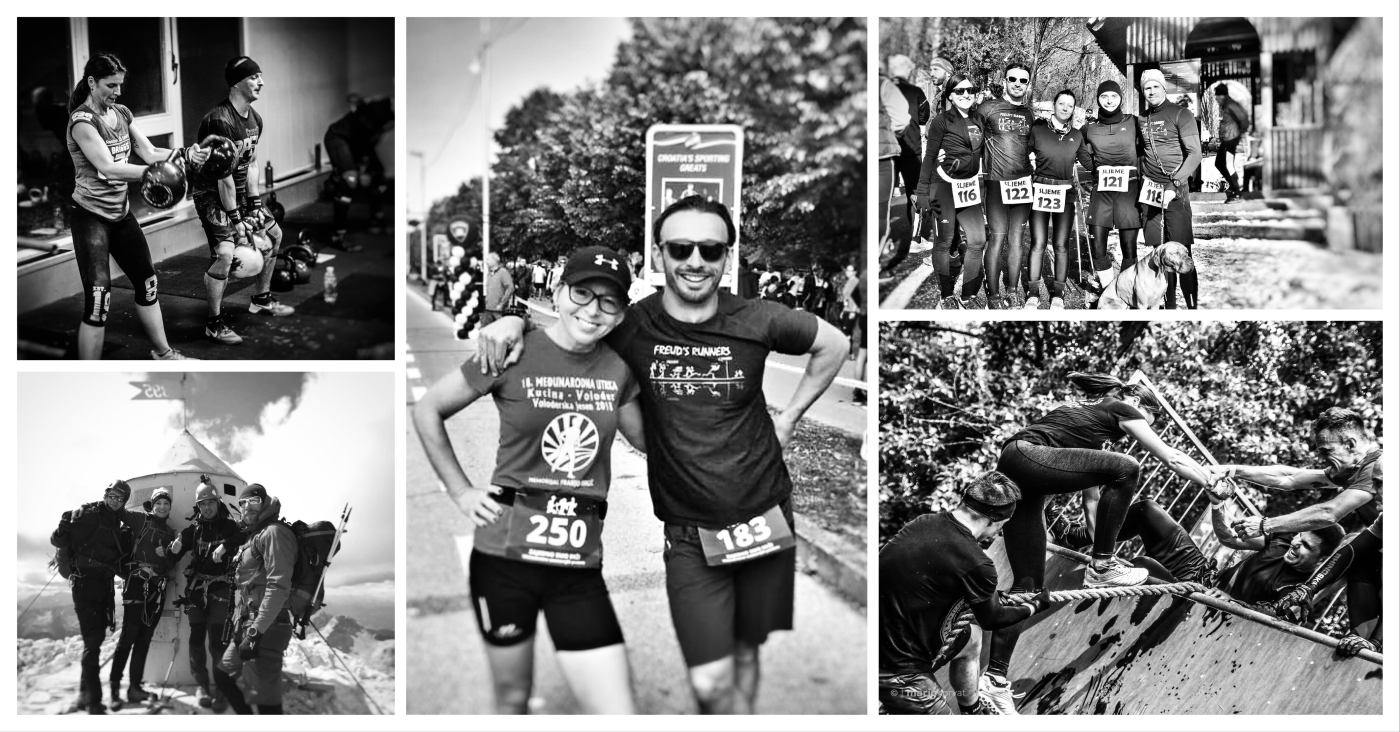 Growing up, most of my life with a single mother, I learned quite a bit about what the term strong woman means … my mother undoubtedly tried to clarify the concept of emancipation and the idea of “who has the last say”. This, but also the whole bunch of things leading up to where I am today, have taught me to value women, not to divide the genders into “weak and strong”, but also to know what I can expect from a woman (or at least guess because which man actually knows that). There are no “female” or “male” jobs for me, but not to be misunderstood, this applies to both genders. Equality works both ways, because when you stay alone (or at least stay alone for a while), you realize the value of all the skills you mastered. And to be clear, this is not some “feminist article,” so don’t hope for me to advocate for “someone’s side”. I believe in strong people, both mentally and physically, so it’s pretty clear that this attitude applies to both genders.

I returned to sports way back there in 2011, initially through cycling and slowly got hooked to CrossFit sometime in 2012, at the suggestion of my wife. After giving birth, she started Crossfit with her sister and quickly got into it, about half a year before me. Naturally, as I love sports and various skills, I was immediately interested, but I will not talk about CrossFit now, there will be time for that too. For the first time, I was introduced to the notion of a physically strong and equal woman in that form, and of course, we were led by a woman. I was honestly thrilled, and that was just the beginning.

I think the sport, including CrossFit that built up some additional momentum in recent years, is the “culprit” for many women to feel exactly how they should feel – strong. A strong female body has been seen as “masculine” for many years, however, one of the most common misconceptions in sports is that just by doing it on the “regular” level you will get that super-muscular body. That would be quite miraculous if a month or two of functional fitness, CrossFit, HIIT or however you want to call that kind of training, people, both men and women would be transformed into Marvel od DC Comics superheros (let’s be fair, I like both). It really doesn’t go nearly as easily as people think. One of the most common and highly skewed reflections is how women will turn into “those man-like, buff freaks”… whatever that even means. That comes from watching elite athletes whose photos pop up from everywhere as soon as you start practicing certain sport. You just start looking at some of your “idols” or at least “ideals”, which is wrong on so may levels that it’s just way too hard to watch that parody. Don’t worry, the chances of this are extremely slim. You just keep on working out. In the last 7 years I’ve witnessed some fantastic transformations of people through physical activity. The transformations that manifested themselves through appearance, but that appearance is a mirror of the inner beauty and happiness of each of these individuals. Ultimately, even when it gets bad, when it’s a bad day, you’ve learned how to deal with difficult and demanding moments through strenuous workouts, not to give up when it’s difficult or at least not without a fight. It is universal for both genders.

What the sport has done fantastically for women is that inner empowerment and satisfaction, in addition to being able and desirable, that they can really do what they (day)dreamed of yesterday. Katherine Switzer made history in 1967 as the first woman to officially run a marathon. As it was not allowed then, because it was reserved only for men, the organizer tried to prevent it, but her male escort protected her, so she, although prepared through training, received some public confirmation that she could. Acknowledgment from society around us, whether it be your running group, gym people, nationwide, or even global endorsement when it comes to some top athletes, tells us that our efforts are right, and sometimes that we are special. In the 21st century, a woman has moved away from the classic housewife prototype who can’t wait for her husband to come home from work, so that her day, filled with quite a few tasks, can finally be fulfilled because she can devote herself to him … At least in the Western world or if nothing else, in the world that surrounds me. I do not believe in this “housewife story”, as I do not believe in the story of a “man-hunter” who hunts some game all day long, skins it to put it on the family table … or at least bring them to the kitchen for a woman to prepare.

A strong woman is sexy. A man should reevaluate his manhood if such a woman causes him discomfort. Because the strength is not in muscles, but mental. Of course, when a woman realizes that she can lift weights and actively participate in training with her male buddies, that inner strength only deepens and solidifies. And that’s the way it should be all the time. And even today I find myself competing with women in training and I am truly impressed to see them running faster then me, climbing boulders better then me, climbing a mountain on a bike easier then me, finishing a WOD faster (CrossFit expression for “Workout of the day”)… I love it! I also compete with my (now) ex-wife and we tend to joke about it, but also honestly comment on each other when we didn’t do our best in some workout (mostly she does that) or we lacked a segment or skill to do some training in completeness (that’s what I do). If nothing else, we still have something in common that we can talk about other than the kid.

But some ideal of female beauty is not exactly something new. As a kid, back in the 80’s, I read a comic book Stripoteka in which Modesty Blaise and Axa were smashing everything around them, and for those uninformed of how they looked, I think they missed out on a lot as kids. I don’t think today’s kids understand the concept of this comic book at all (which of course is not even meant for kids!). Certainly that few women in our area could ever look like these two superheroes but that’s not the point! The point is to feel this way, because Modesty and Axa are a league of their own, but you never know… If that means to start swinging swords of firing a gun, so be it… that’s also sexy.

Therefore, men, the next time you turn around after a strong and / or fit woman, consider whether you are on her level. Rethink if you can keep up with her pace. Think about how much a compliment from a person you consider equal or better than yourself actually means to you. The next time you see a fit, strong woman who is “smoking hot” and who is paying attention to you, which you are attracted to, isn’t that a compliment by itself? If you start asking yourself how is it possible that she runs that fast, lifts that much or whatever she does so successfully, I think it’s time that you ask yourself: “Why cannot I do all of that? What kind of a man am I?”. Be focused on things you can influence, and that is yourself. Do not awake a woman within you… it’s not the manly thing to do.

But, being a strong woman doesn’t mean a man became irrelevant or weak, because only an irrelevant or weak man can allow such a thing. Therefore, my dear women, train hard and often. Don’t be “flabby” neither physically nor mentally, because as such you can be noticed only by such men… or women, to be politically correct. Of course, your lifestyle and partner choices (flabby or strong) are absolutely your thing but if you prefer “flabby” somehow I would assume that this blog is not for you… I wish both you and I are wrong.

Run, swim, bike, climb rocks, lift weights, practice yoga, aerobics, alpinism, mountaineering, rollerblading, skating, tennis, badminton, even football (if nothing else), swing swords and handle weapons, be Modesty or Axa,… whatever you do, give all you got and that strength of yours will manifest as physical beauty as well.

This site uses Akismet to reduce spam. Learn how your comment data is processed.